Throughout the course of the Golden Age of Musical Theatre, there appears a constellation of the female characters in each show. While each woman is individually different from the others due to her circumstances and fellow characters, they are all connected in some way. Each character builds on the last, learning from each other, thus growing and evolving into the types of female characters we see today. I have created a constellation chart of female characters from this time period in relation to Amalia and Ilona from She Loves Me. Those most closely related to Amalia are on the left, those closely related to Ilona on the right. 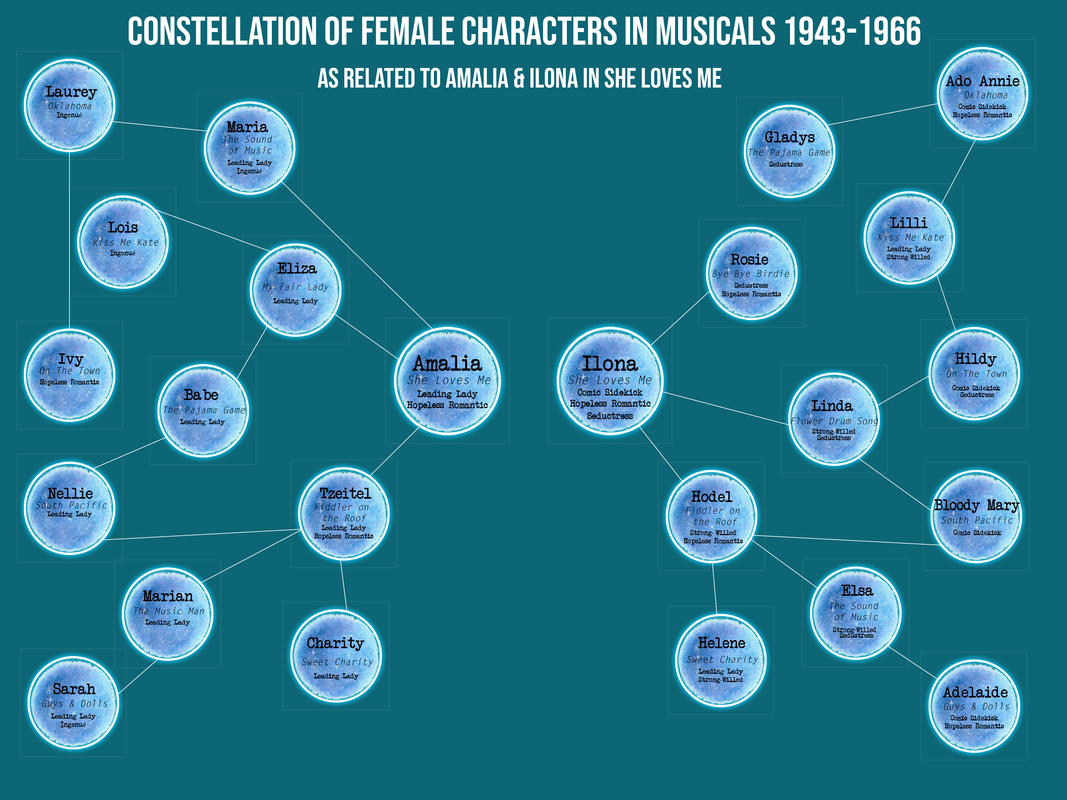