Welcome to 1930s Budapest!
In the 1930s, the world was in what is known as an "inter-war period." World War I had ended, but Hitler was gaining power in Germany and a Second World War was becoming inevitable. Because men were no longer on the battle front and were back at home, women lost their jobs in the factories that they had held during the war. The rise of what was called "The Modern Girl" was happening around this time as well, and women were beginning to take jobs in shops.

This "Modern Girl" was a more independent woman who desired to work outside of her home, and was often not married. Once women were married, it was assumed that the husband would be in charge of all financial obligations for the household. This time period also saw more men marrying women their own age, rather than a woman much younger than themselves. The average age of marriage for women after 1917 was now 27-29, as compared to 20-27 pre-war.

An important type of individual to know about from this time period is the garçonne. These were women who dressed in trousers and/or suits and kept short hair styles.

Something rather interesting to note is that the Soviets actually promoted higher education for women! 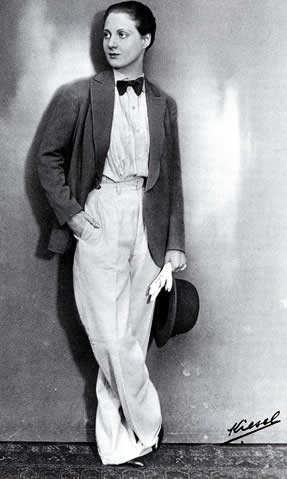